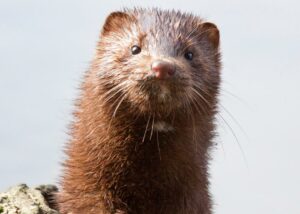 It’s been a little over a week since producers and organizations that were excluded from the initial round of the Coronavirus Food Assistance Program were able to file comments with USDA requesting that they be covered in the second round of assistance.

NBA Assistant Director Jim Matheson and I have fielded numerous emails and phone calls since then from members wondering if bison are going to be included.

The short answer: We don’t have a clue.

In federal policymaking, though, public comments often provide some “tea leaves” that indicate how the final rule will be issued. In this case there are 1,749 tea leaves, because that is the number of comments filed. So, I put on my reading glasses, poured a big cup of coffee, and began sorting through the on-line record of comments.

I didn’t read all 1,749 comments. Most comments listed on regulations.gov include a headline, summary, and the name of the person submitting. Others commenters simply uploaded a file without any indication of the contents. I skipped over those.

I was looking primarily for answers to two specific questions:

The answer to question No. 1, is a lot. I counted requests covering at least 45 commodities. Some represented major sectors, including potatoes, poultry, eggs, cotton and hard red winter wheat. But there were also requests for assistance for microgreens, maple syrup and Brussels sprouts. There was one request for beefalo assistance and two for aid to snapping turtle producers. And, what the heck is mamey? I don’t have a clue, but a grower in Florida insists that it needs to be included.

If the USDA decides to assist each sector based on the comments received, mink farmers will get about 90% of the aid. Nearly everyone who’s even vaguely acquainted with a mink producer seems to have weighed in. One comment opened with “My granddad is a third generation mink rancher.” Another began with “Our neighbors are established mink farmers.”

Hemp growers came in a distant second with the number of comments.

Aquaculture and nursery interests filed a large batch of comments. USDA had specifically requested input from those two sectors, so both are likely to be covered in the next round.

Several cattle producers and organizations weighed in with comments saying, “The assistance provided in May wasn’t enough…we need more.”

I located 16 comments from bison producers, and suspect that the total number was probably about 20-25. Several of the comments provided excellent financial detail to support the NBA’s formal request. Thanks to all of NBA members who took the time to submit your thoughts.

I also looked at a handful of comments filed by organizations representing producers. Mainstream commodity associations provided detailed information using USDA statistics, marketing order data, and other established market information. Organizations representing the “minor commodities” generally submitted requests without a lot of supporting data. The NBA’s comments contained significantly more detailed information and supporting documentation to support our request than did most others.

So, when I read the tea leaves, I saw….well…tea leaves.

The plethora of comments filed underscore the importance for NBA members to urge their Senators and Representatives to continue pushing Agriculture Secretary Sonny Perdue to include bison in the next round of assistance. We issued an e-blast earlier this week with information on how to contact your elected officials. Please pull that up right now and help us to keep fighting.

Otherwise, the mink ranchers will get it all.