You have likely heard the term “regenerative agriculture” of late, as more people discuss this type of farm and ranch management in different circles of climate, food and agriculture, but what does it mean and how does bison fit in to the big picture? Rather significantly, it turns out.

Regenerative agriculture practices increase soil biodiversity and organic matter, leading to more resilient soils that can better withstand climate change impacts like flooding and drought. Healthy soils lead to stronger yields and nutrient-rich crops, without the need for synthetic fertilizers and/or pesticides. Healthy soils further promote the growth and health of the animals that graze on those plants and grasses, while restoring important carbon-capturing grasslands in the process. This is regenerative agriculture in a nutshell and bison are nature’s perfect fit for this approach to holistic management, which can be attributed to the bison’s evolution on the North American continent and its natural grazing behavior.

The bison, North America’s largest land mammal, once roamed the continent freely, helping sustain plains and prairie ecosystems as a keystone species through grazing, fertilization, trampling and other natural behavior. Bison shaped the vegetation and landscape as they fed on and dispersed the seeds of grasses, sedges, and forbs. Several bird species adapted to or co-evolved with the types of grasses and vegetation structures that had been, for millennia, grazed by millions of free-ranging bison. This natural behavior is today mimicked by bison stewards, and other livestock producers, seeking to regenerate their soil in part by utilizing the bison’s instincts, which remain intact as bison were never domesticated.

The foundation of regenerative agriculture, as succinctly described by our colleagues at the Savory Institute (https://savory.global/), essentially addresses the “need to regenerate the natural systems that support all life on this planet. While simply leaving nature alone is typically a good way to do this, this isn’t always an option. With a population over seven billion and rising, we need to find a way to grow food that regenerates the living systems that we depend on. This is where regenerative agriculture comes in.”  The Savory Institute further explains, “Regenerative agriculture incorporates beneficial insects, birds, and other animals into the whole, leaving roles for them to be beneficial. Regenerative agriculture builds soil, improving soil carbon content, fertility, availability of nutrients, and soil life. It does all this while still producing food for human consumption.” Learn more here (https://savory.global/regenerative-agriculture-enhance-biodiversity-farming-methods-grazing/).

Not only does proper management allow for the regeneration of healthy, productive soils and grasslands, it is also a major source of carbon sequestration. As climate change impacts and reduces our native grasslands, regenerative pastures are proving to be important and sustainable carbon sinks. Studies are beginning to emerge touting the effectiveness of grassland carbon capture as more dependable than forests, as grasslands are not as prone to wildfires and disease, and regenerate far quicker.

This is best exemplified by NBA member ranch, 777 Bison Ranch in the Black Hills of South Dakota. The operation runs approximately 1,500 head of bison on their ranch and in 2016 began testing the carbon sequestration of their pastures. The 777’s holistic approach to bison ranching has the added benefit of greatly increased native plant regeneration. According to 777 proprietor Mimi Hillenbrand, “We have three times the native plant biodiversity compared to some of our neighbors, so we’re pretty proud of what we’ve been accomplishing over the last 30-plus years now, with the bison and holistic management.” This has been made possible, in part, thanks to having bison on their native landscape to assist in this natural process.

The 777 Ranch has taken regenerative bison ranching a step further in partnering with bison purveyor, The Honest Bison, to offer the first verified regenerative bison products through the Savory Institute’s innovative Land to Market verification program. The program monitors both short term and long term soil indicators such as live canopy abundance, living organisms, dung decomposition, wind erosion, water erosion, and soil health. Through data collection and analysis, the Land to Market verification program ensures that the farm or ranch is in fact practicing regenerative agriculture in a meaningful and impactful way. Learn more at https://savory.global/land-to-market/.

That’s why the National Bison Association has trademarked the phrase, “Regenerative by Nature” as to further promote the United State’s National Mammal and keystone species of the Great Plains. And yet another advantage to raising bison on your farm or ranch. Learn more about the Bison Advantage here - https://bisoncentral.com/the-bison-advantage/.

NBA members further exhibit their commitment to regenerative ranching models by using our exclusive NBA Conservation Management Plan (CMP). The CMP provides bison farmers and ranchers the ability to monitor and document their conservation practices to both improve and exhibit how their work positively impacts the bison, the land they’re on, and the people around them. The simple web app based interface allows all producers to manage and measure their conservation efforts effectively. 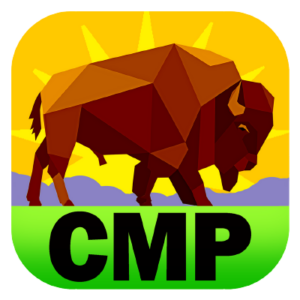