Why should you consider raising bison?  Consider the “Bison Advantage”

Download our free guide to getting started in the bison business.

The Nature of Bison

Bison are naturally hardy. The modern bison, and the grasses native to the North American ecosystem, evolved in tandem over eons. The American bison is at home in a wide variety of climates across the continent. The biological makeup of the animal equips it to thrive in winter storms and summer heat.

While bison are similar in some ways to cattle, there are significant differences. For example, bison will turn into a snow storm rather than drifting with the wind because they instinctively know that walking into the storm will get them out of the weather quicker. Their massive heads serve as a type of snowplow; by swinging their head to and fro, the animal can sweep away deep snow to find forage below. Bison calve more easily than cattle, largely on their own with no human assistance. And, the animals have a distinct social order.

The most important difference between bison and other livestock is that they are not a domesticated animal. They require special consideration when handling. Seasoned producers know that the animals respond best in low-pressure, low stress conditions. These producers have developed special handling systems, corrals, and techniques to assure the safety for the animal and themselves.

Bison live long, productive lives. Some producers have 30-year-old cows delivering healthy calves. Bison cows generally have their first calf at age three. In the wild, cows generally calve every-other year. However, on ranches and farms, a healthy cow can deliver a calf every year.

Calves are born later (April – June) than domestic cattle and rarely require human assistance. Bison have a gestation period of about 280 days and usually produce one 40 – 50 lb. calf. Typically one bull will service 10 – 20 cows. 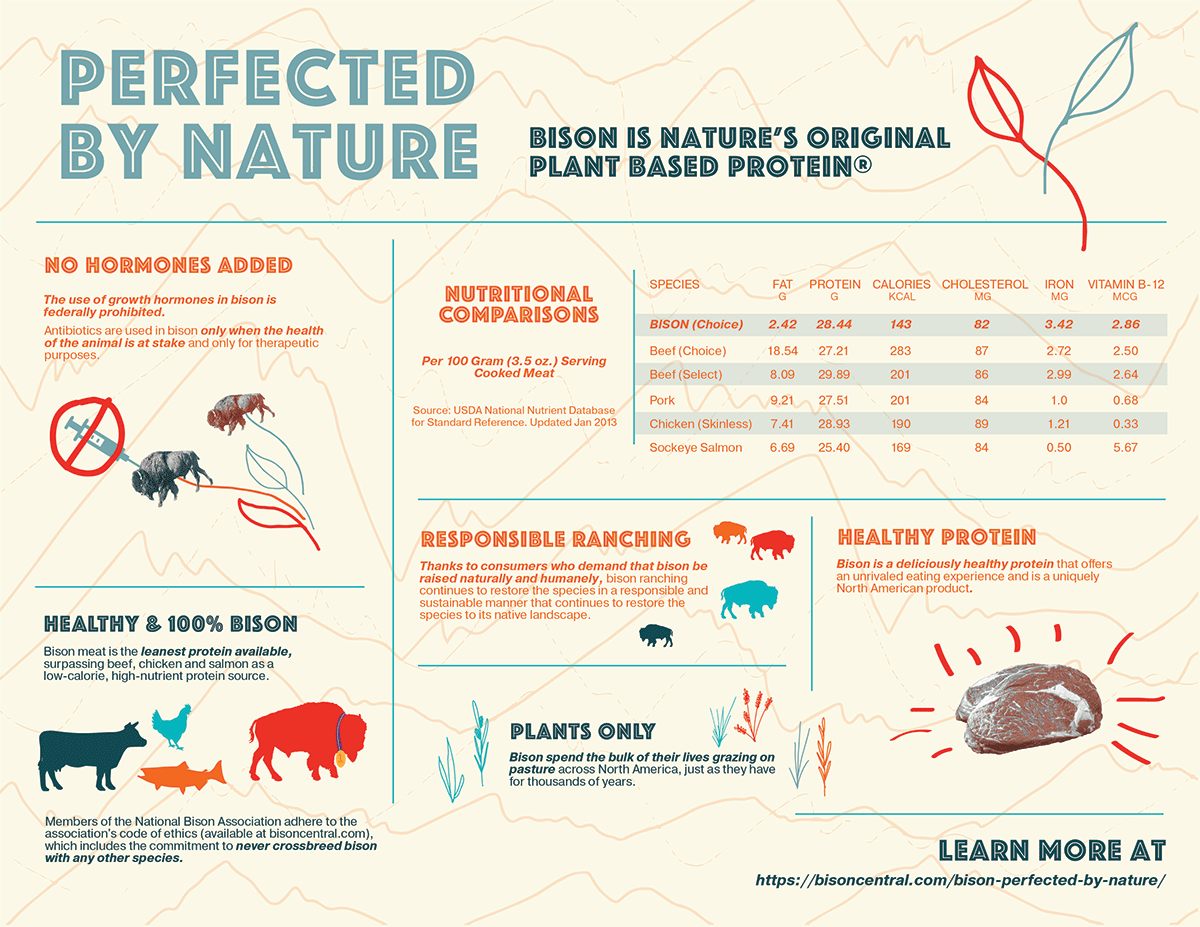 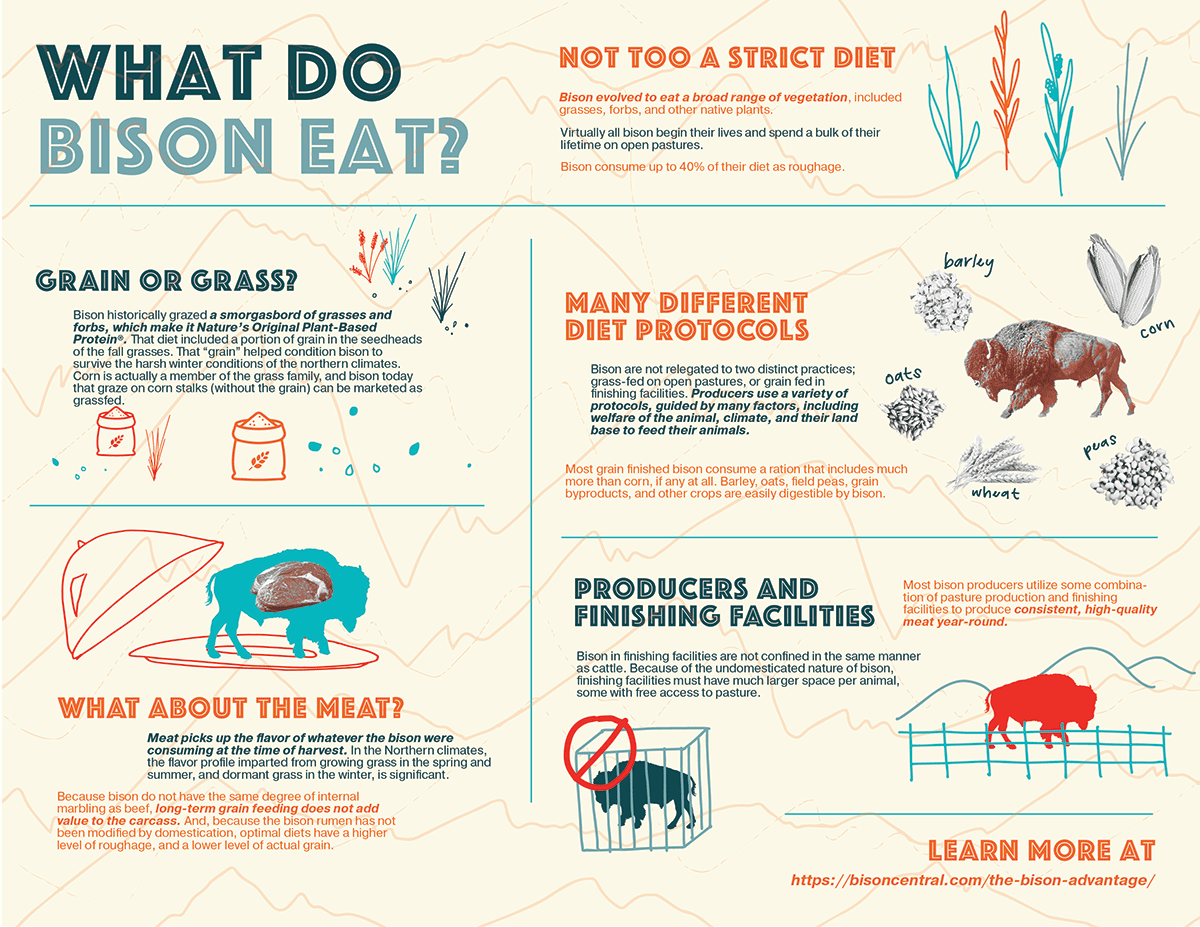 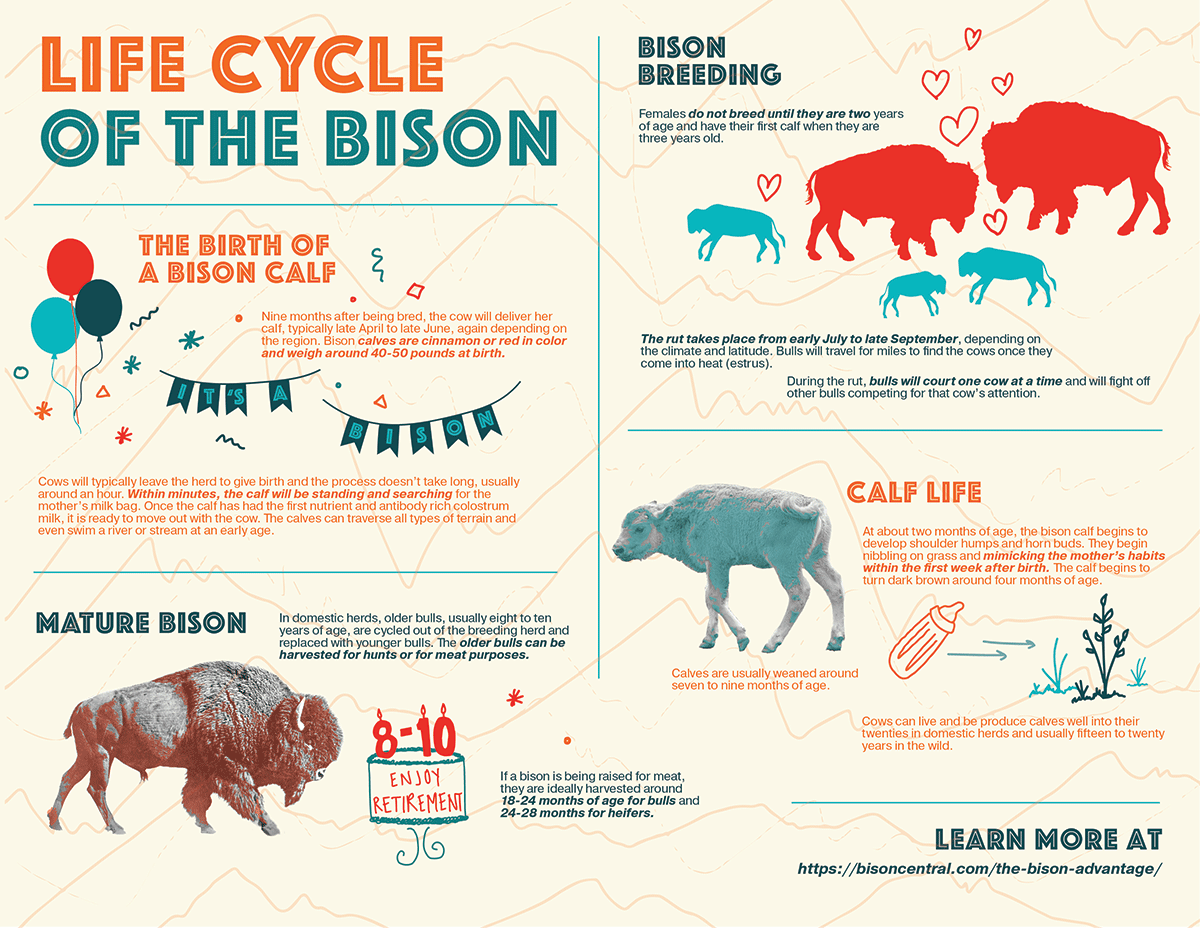 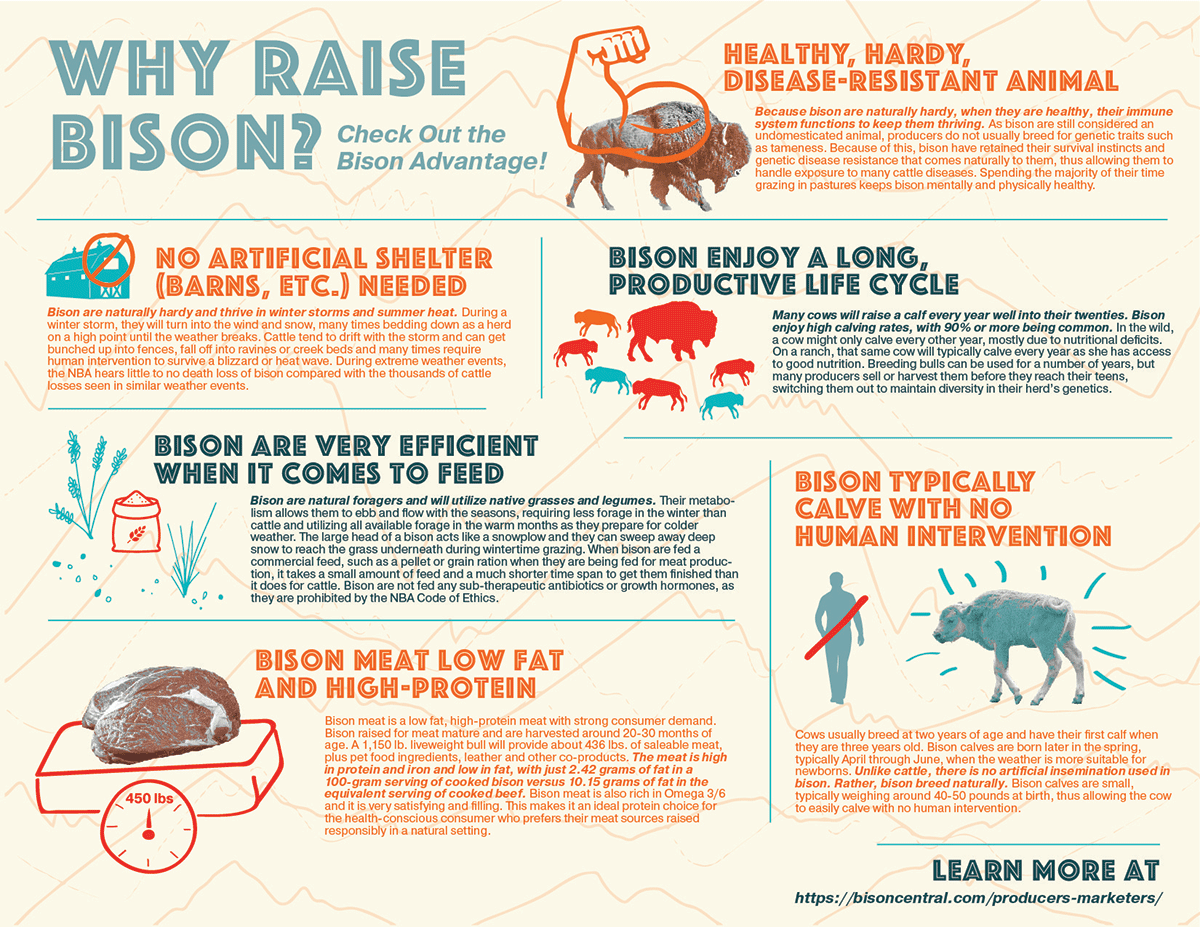 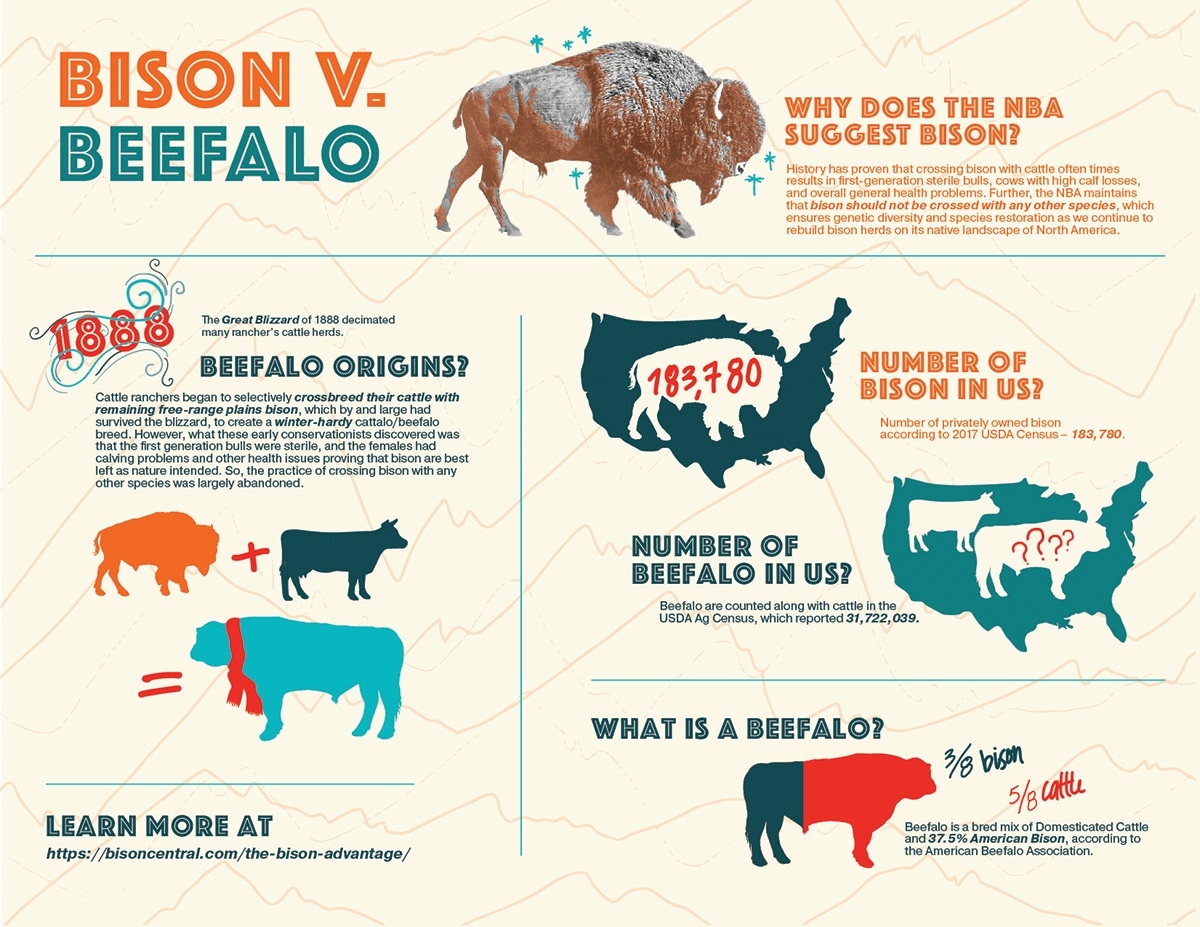 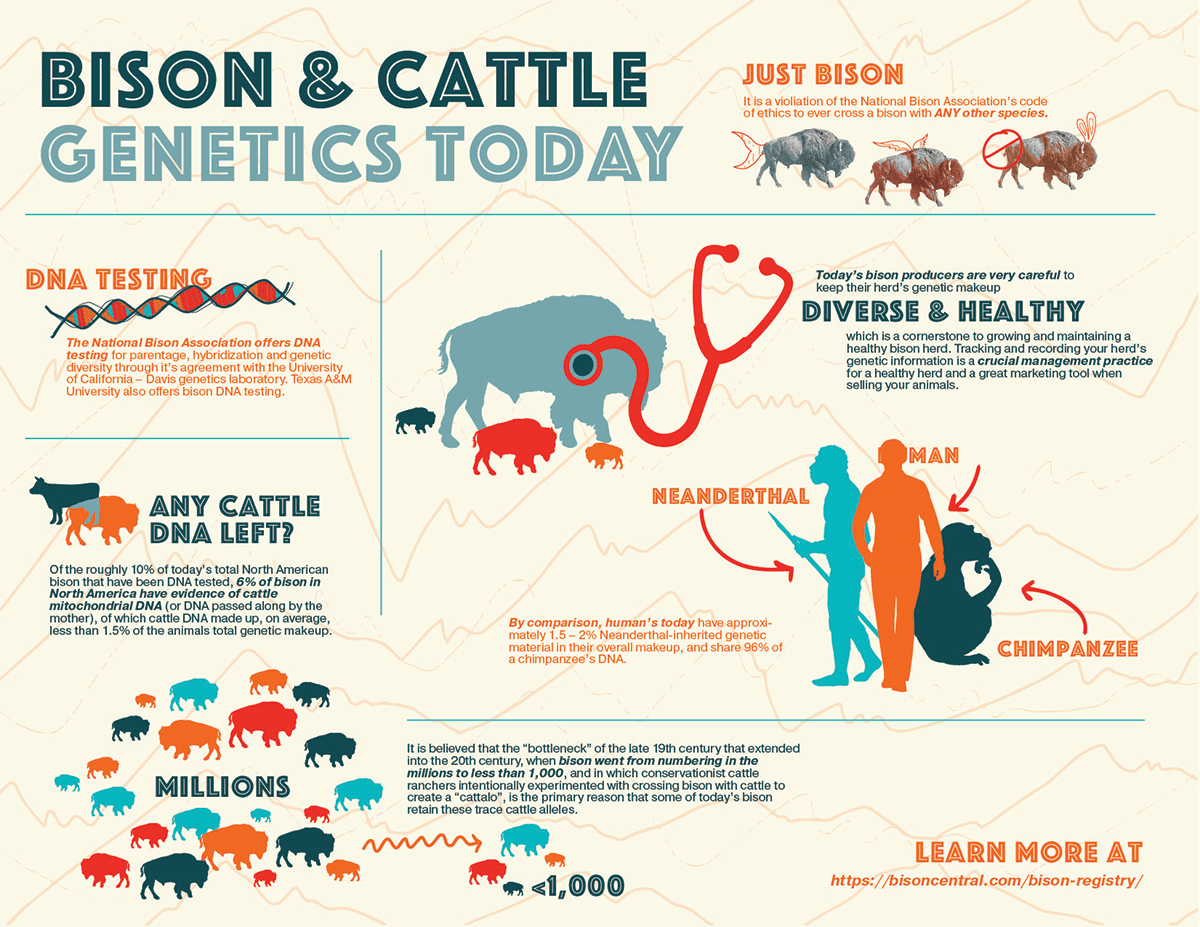